Switch to the dark mode that's kinder on your eyes at night time.

Switch to the light mode that's kinder on your eyes at day time.

Switch to the dark mode that's kinder on your eyes at night time.

Switch to the light mode that's kinder on your eyes at day time.

For avid trance music fans, A State of Trance, also know as ASOT, is the embodiment of the genre. Begun by DJ legend Armin van Buuren and his co-host Ruben de Ronde in 2001, the Dutch Trance Show has entertained tens of millions of listeners in 84 countries every week since.

Even though the genre has changed and mutated over the years, the show has a very loyal fan base who listen in and attend the annual A State Of Trance Festival which happens every year to celebrate the genre and unite fans all over the world.

In correlation with these festivals are the milestones of episodes reached and is represented with the numbers in the title. To also celebrate these milestones, for the past 11 years there have been anthems created by Armin van Buuren and his friends. 2020 sees ASOT 950, which with only 52 weeks in a year, amounts to over 18 years of weekly shows.

We present the last 11 anthems leading up to 2020 – when we celebrate 950 episodes of A State Of Trance being broadcasted, with the celebratory festival happening on 15 February 2020 in Utrecht, The Netherlands.

Episode 450, broadcast on 9 April 2010, was the first anthem celebrating the anniversary of the event. With an expanding reach that was broadcast in Toronto, New York, Bratislava and Wroclaw, the trance movement was really beginning to reach new places. Sebastian Brandt is a Swedish Trance DJ who has performed and created many tracks for the ASOT label. His anthem 450 is voted by many as one of the best anthems created for ASOT.

Broadcast on 17 March 2011, the milestone saw Armin van Buuren jump across 5 continents to celebrate. Events took place all over the world with the tradition now in place to see a new anthem every 50 episodes.

Armin Van Buuren celebrated for a whole month, touching down in London, Moscow, Kiev, Los Angeles, Miami, and Den Bosch. W&W, who are usually big room house DJs, produced the anthem for this year, sealing it with deep bass and euphoric highs.

Again influenced by big room house, the anthem managed to still create the vibe that trance music is known for. Though the melody is simple compared to most trance tracks, it still managed to create a sense of atmosphere that many enjoyed upon its release in 2013.

New Horizons brought in new elements into the mix, like beautiful brass and string arrangements. The celebrations began on 31st January 2014 and continued all the way through till the end of March with events happening in Utrecht, Buenos Aires, Jakarta and Miami.

This is where A State of Trance solidified its anniversary festivals. The anthems really began to blend the walls of genres, with big room house once again permeating the anthem as a whole. Armin van Buuren’s main goal is to bring the world together with music, and this track reflects that, with other works released around the same time following the same pattern of now mainstream dance music.

Ben Gold’s anthem brought a return to fierce energy, with beautiful euphoric highs involving a string and choral blend to capitalise on the radiance of the moment. The festivities lasted all year, with a tour that took Armin van Buuren all over the world once again. The event was to no longer be a whirlwind but a showcase of passion.

The episode was broadcast on 26 January 2017, and with dance music now part of the mainstream, an influx of trance fans were now flocking to the celebratory festivals. ‘I Live For That Energy’ was the embodiment of what Armin van Buuren had spent decades creating, bringing people together for the pure joy of music.

Seemingly to take you back to the roots of trance, Armin van Buuren manages to recapture the energy, joy and passion that began over 15 years previous. Of course since he began Armin van Buuren has been elevated to legendary status, being labeled as one of the godfathers of trance music.

With over 10 different remixes of this anthem, it is perhaps one of the most successful ASOT anthems. Over 35,000 trance lovers descended on Utrecht for the festival as trance found renewed energy and mainstream appeal.

Released on the 22 November 2019, the anthem was received phenomenally all over the world. The festival is held on 15 February 2020 with an incredible lineup including Armin van Buuren’s co-host Ruben de Ronde. It is set to once again attract thousands of trance lovers from all over the world to experience the utopia of trance music with the very best. 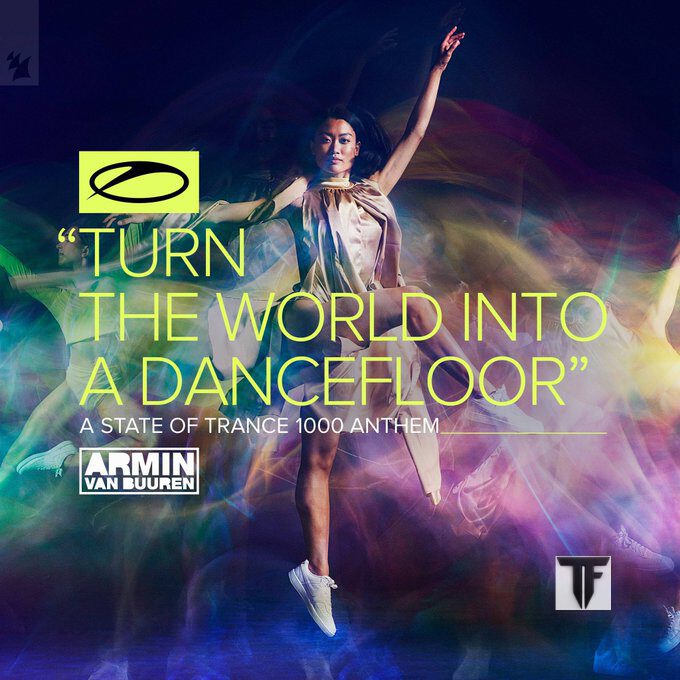 What do you think?

Browse and manage your votes from your Member Profile Page

I stands for peace, love, unity, respect, and the universal passion for trance music

Back to Top
Close
close

We have detected that you are using an adblock browser plugin to disable advertising from loading on our website.

How to disable? Refresh

Any cookies that may not be particularly necessary for the website to function and is used specifically to collect user personal data via analytics, ads, other embedded contents are termed as non-necessary cookies. It is mandatory to procure user consent prior to running these cookies on your website.

Don't miss out on new posts!